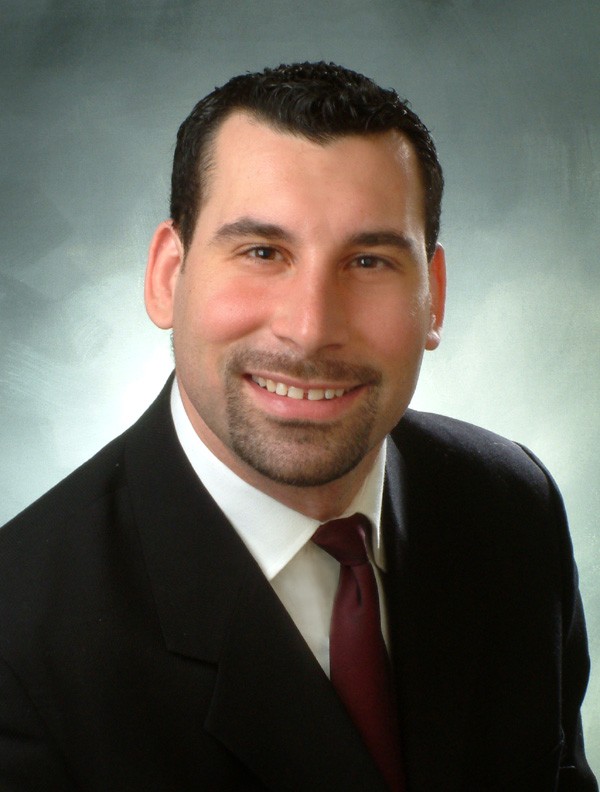 While growing up in Toronto, I have lived in many neighbourhoods and have traveled the city by bus and subway most of my life. Toronto has been my home and I am glad to be in a multi-cultural society that offers something for everyone.

While living in the Beaches as a teenager, I had a dream. I wanted to be the next student football athlete to receive a scholarship to the United States in the NCAA. So I traveled 3 hours a day to attend Michael Power high school. On January 7th, 1995, an opportunity arose... a full scholarship to Kent State University playing Division-1 Football.

In the subsequent five years the following occurred; I broke all the tight end records in the history of the school, I received my Finance degree and partially completed my MBA in Business, I was drafted in both the CFL and NFL drafts of 2000. I took this opportunity to play for the NFL.

During my first year as a professional athlete, I played on the Baltimore Ravens during The Super Bowl game and our team won... what an amazing first year! My dream had come true. Now I could retire! Just kidding! A few more teams later I was hurt and had to fall back onto my education background, I couldn't play football anymore

I began reading books on real estate to get educated about my future.  I decided to go back to class again and get my real estate license. I continued running and staying in shape in hope of a miracle from a doctor concerning my injury but at the same time preparing for life without football. Two years later, a renowned doctor by the name of Dr. James Andrews out of Birmingham Alabama, performed surgery and stated I was in optimum shape to resume my football career. Life had giving me a second chance at doing something I love to do. This opportunity was not going to be passed by.

I became a member of the BC Lions of the CFL. Guess what happened in my first year? That's right! I was in the championship game, the GREY CUP... another amazing experience!

Through my football training experiences, I’ve learned what it meant to have desire, faith, specialized knowledge, imagination, decisiveness, persistence and discipline. I decided to be proactive about my future.

I met and married my partner in life, Bernadette. She is an amazing woman who has supported my careers with an open mind and heart.

I knew I could not be a professional athlete all my life, so I picked up the phone and spoke and interviewed with Real Estate companies across the city.

When the interview was complete, I was ‘drafted’ yet again! Another dream come true! I have since used every waking moment to learn everything I can to have the ability to ask for referrals from my clients.

I attend every home inspection and negotiate at every offer presentations and results have been immeasurable. I continue to put it to good use helping people who need and deserve a special kind of real estate service here at KW (Keller Williams Referred Urban Realty).  We are part of the most innovative and technologically advanced company that emphasizes educating its agents on a daily basis.  Staying humbled and using my integrity to find and keep clients for life makes for fun and enthusiastic days every day.

Being the last Canadian to win a Super Bowl ring with the Baltimore Ravens of the NFL in 2000 forced me to learn a lot about the intensities of planning, assessing and coming up with a game plan for victory every Sunday. Now I provide that same determination and winning strategy to my buyer clients every day.

According to a famous writer and motivator, Napoleon Hill, "Whatever the mind of man can conceive and believe, it can achieve”.

If you have the desire, faith, imagination, decisiveness, and persistence to become educated about owning your own home or condo, an opportunity has now been presented to you. Make your dreams come true!  As Vince Lombardi once said (well maybe I’m paraphrasing just a little bit), let me show you the ‘playbook’ to your home buying success.

Speak to you soon and God bless,

CHILLIWACK -- After being body-slammed and placed in a submission hold by the owners, many NHL players will no longer be riding high. Hummers might give way to Honda hybrids in hockey's new economic order.

Then again, there are professional athletes who have no ride.

No car? No problem for Lions fullback/tight end Jason Gavadza, who is doing everything he can to stretch a $45,000 salary this season while making mortgage payments on his home in Toronto. The solution? Bunk in with relatives on the North Shore and take public transit to work.

"We've got the majority of our guys making $45-$50,000 and these guys [NHL] are complaining about making $800,000," Gavadza, 29, says. "Their contracts are guaranteed and ours aren't. They can let us go tomorrow and not owe us a penny. The minute NHL players went to Europe they announced, 'We'll play for less.' Things are going to change and players are going to succumb, because they already have."

While he doesn't sound like a rebel or an advocate for players' rights, Gavadza is no owner's lackey.

In 2000, the year he was drafted in the sixth round by the Pittsburgh Steelers, the big tight end from Kent State University led a pinball existence, bouncing from one team to another before he landed with the Baltimore Ravens. A third-stringer behind Shannon Sharpe and Ben Coates, Gavadza didn't see the field in the Ravens' Super Bowl win in January 2001. Still, when it came time to hand out championship rings, he asked for one with real diamonds, not the ersatz cubic zirconia offered to practice roster players.

"Whether it's diamonds or cubic zirconia, it's up to the owner," Gavadza says. "Brian Billick [Ravens' head coach] didn't want to give me any ring because I'd only been on the roster for three weeks. I had to consult a lawyer and go to NFL court. Art Modell [Ravens' owner] found out about it. He said, 'Jason provided a service and he gets a ring just like everyone else, with real diamonds'. End of story."

Too precious to wear, the $50,000 bauble (appraised value) sits securely in a bank vault back home. Meanwhile, Gavadza goes about resurrecting a career at B.C.'s training camp in hopes of winning another championship ring.

"I feel like I could be the Lions' secret weapon," says Gavadza, who lines up behind Lyle Green as the team's backup fullback. "I still have the same set of hands I had in college."

In Gavadza's draft year, Mel Kiper Jr., the NFL scouting guru, rated the Canadian the fourth-best tight end among future NFLers. He had the speed (4.51 for the 40) to overrun linebackers and the size (6-3, 250) to pancake helpless defensive backs, but as a pro Gavadza is a tweener who has been unable to find a niche. He went through eight NFL teams, the Frankfurt Galaxy of NFL Europe and two seasons of retirement because of a serious shoulder injury before the Lions picked him up last season after he was cut by Montreal.

Player personnel director Bob O'Billovich recalled him as a player who once took a screen pass and rambled 80 yards for a touchdown when Gavadza was at Kent State. That ability, plus his size for blocking purposes, is tucked into the Lions' back pocket.

"He's a big body disguised as a fullback," says head coach Wally Buono. "We'll use him in our big formation. In our offence this season, we're going to involve more players in certain roles. Jason is one of them."

QBs prefer big targets and Gavadza has the heft of a '70s muscle car, even if his personal mode of transport is public.